My Trip to Europe 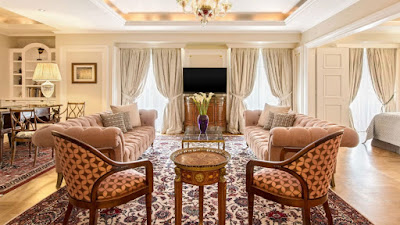 The first country i will be staying in is Greece.I went to four cities, Heraklion, Delphi, Eddesa, but what better city to stay at for my first day than Athens!
I stayed at the King George Hotel, and i would have to say it was fancy in its purest form, from the large greatly furnished rooms, to the great service.when i was staying there i found a Dalmatian on the streets of Athens, he was the cutest thing so i decided to call her henemia. 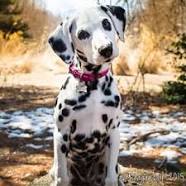 I mostly just came to Greece for its attractions, I've always had a love for Greek mythology.when i went to the acropolis of Athens, lightning struck and thunder shook the ground! I was sure Zeus was just being a show off, but the structure and shapes from such old times still standing, it amazes me. 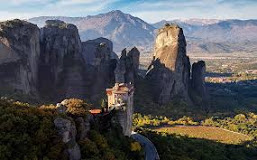 when i visited the Delphi theater, i felt as if i was rehearsing a play, and hundreds of people were watching me, i felt as if they were actually there.i even danced there! 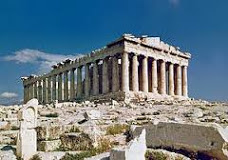 when i was at Meteora i couldn't stop looking at the landscape, and when i went inside, it was like a cabin, church and castle put together, but i was scared to death when i looked out the window.

the Parthenon was a whole different storyit was in ruins but the main building was beautiful yet intimidating, while i was staring at it i bumped into one of my old friends, i broke her camera so she made me pay for a fancy expensive dinner 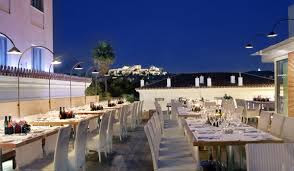 i love sea food and i had to take her somewhere so i decided to hit two birds with one stone, and take her to Varoulko seaside, it was fancy but not so fancy that it made you feel to awkward to eat. don't get me wrong i love sea food, but when they brought out this octopus i thought i would throw up. the waiter insisted for me to eat it, so i took one bite of it and yelled "its to spicy!"i wanted to walk out in because of being embarrassed, but tripped because i forget to pay the bill and sprained my leg so i had to skip out on a lot.


after recovering I spent the night in the little but surprisingly cozy and awesome Hagiati traditional hotel, and ate some monicals pizza before, heading to see my last stop ... Santorini !!! 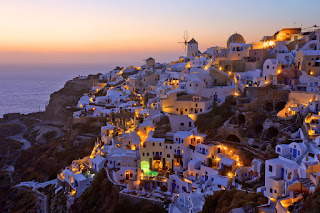 there was only one word to say about seeing this, breath taking.

the flight felt like forever, because a boy was kicking my seat over and over again because he was, BORED.i wanted to get off that plane as soon as i could.

after the plane ride i went to Arles, then Cannes then, i saved the best for last paris

i went to the

Posted by my European trip at 7:52 AM No comments: